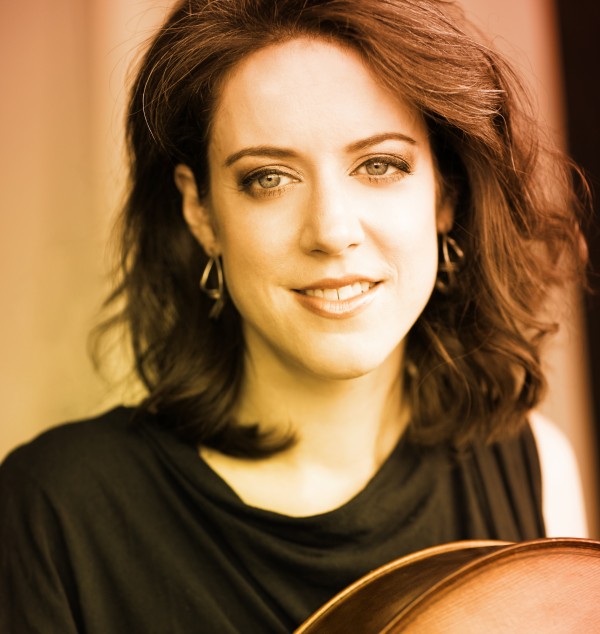 Today, the five-string cello is treated as an exotic and rarely-played cousin of the standard cello. However, in the seventeenth and eighteenth centuries it was simply one of the many instruments used in the family of bass violins, and was particularly important for virtuosic sonatas and solos. Elinor Frey‘s program centers around two contrasting approaches to five-string cello repertoire: a new work by Canadian composer Scott Godin entitled “Guided By Voices” (based on “O Vis Aeternitatis” of Hildegard Von Bingen) and the performance of the instrument’s most enduring work, Bach’s Sixth Solo Suite, as well as a new piece by Isaiah Ceccarelli and works by Benda and Telemann, all revealing the five-string cello’s incredible versatility and remarkable colors.

Fascinated with the cello’s origins and the creative process of new music, Elinor Frey plays both historical and modern instruments. Frey’s honors include a US-Italy Fulbright Fellowship where she studied baroque cello with Paolo Beschi, the SSHRC Canada Graduate Scholarship, and American Musicological Society and Canada Council for the Arts grants facilitating her work on Italian baroque and modern unaccompanied cello music. In recent seasons she has performed with, among others, Ensemble Caprice, Tafelmusik, Les Idées heureuses, and Bradamante, as well as with her quartet, Pallade Musica, grand prize winners of the 2012 Early Music America Baroque Performance Competition and second prize winners in the 2014 International Van Wassenear Competition in Utrecht.

Frey’s debut album, Dialoghi, is titled for the solo piece written for her by Steven Stucky. Her new CD, La voce del violoncello, was released in 2013 on the Belgian label Passacaille, and was praised for its “careful scholarship and brilliant layering of moods and tempos” (Toronto Star) and for the “honest, reflective beauty of her music making” (Strings). Her performance of the CD’s program was the winner of the public prize at the 2013 Utrecht Early Music Festival Fringe. Frey holds degrees from McGill University, Mannes College of Music, and The Juilliard School.

Join us on April 10th at 12:15pm for a public workshop entitled “New Music, Ancient Instruments” with Elinor Frey and composer Scott Godin at the Centre de musique canadienne au Québec, Espace Kendergi. Using live examples performed by Frey, Godin will illustrate his approach to this important aesthetic question in his new work “Guided by Voices”. Godin’s new work, based on “O Vis Aeternitatis” by Hildegard Von Bingen, is composed for the five-string Baroque cello. This workshop is made possible with the generous support of a SOCAN Foundation Education Grant.