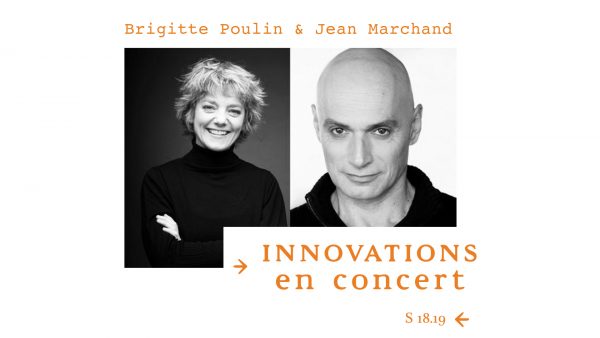 Montreal pianists Brigitte Poulin and Jean Marchand join in a solo and piano four hand recital of French twentieth and twenty-first century music, as they share with the instrument their most intimate thoughts. A program combining entrancing modes, tones and colours with the magic of harmony and rhythm, as the artists pay tribute to the master of French piano music, Claude Debussy.

Montreal pianists Jean Marchand and Brigitte Poulin have been faithful friends and collaborators for twenty years, listening to each other as soloists, chamber musicians and coaches. In 2010, they performed their first duo reccital, dedicated to Brahm and Schumann. Since then, their programmes have led audiences into different universes ; from Schumann – « où le brio dispute au charme du beau phrasé » – through impressionists and expressionists, to contemporary repertoire where one partner becomes the burred reflection of the other, and where a Doppelgänger alters its mirror image.