NO HAY BANDA – Fluxus on line 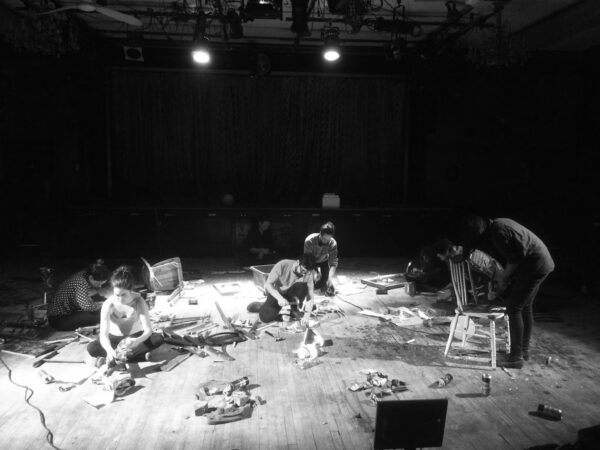 Co-presented with the Suoni Per Il Popolo Festival

Fluxus Online features a compilation of various artists’ imaginings of a digital approach to Fluxus. Performances, happenings, event scores and instructions are presented on a digital platform to be experienced as part of this year’s online version of the Suoni Per Il Popolo Festival.

NO HAY BANDA is a Montreal-based non-profit organization committed to the production, performance, and promotion of musical events rooted in exploratory and avant-garde practices. We organize a series of concerts throughout the year in Montreal, aiming to provide a space for artists working on the fringes of established genres to realize projects that would not take place otherwise. NO HAY BANDA was founded in 2016 by three Montreal musicians: Daniel Áñez, Noam Bierstone, and Geneviève Liboiron.